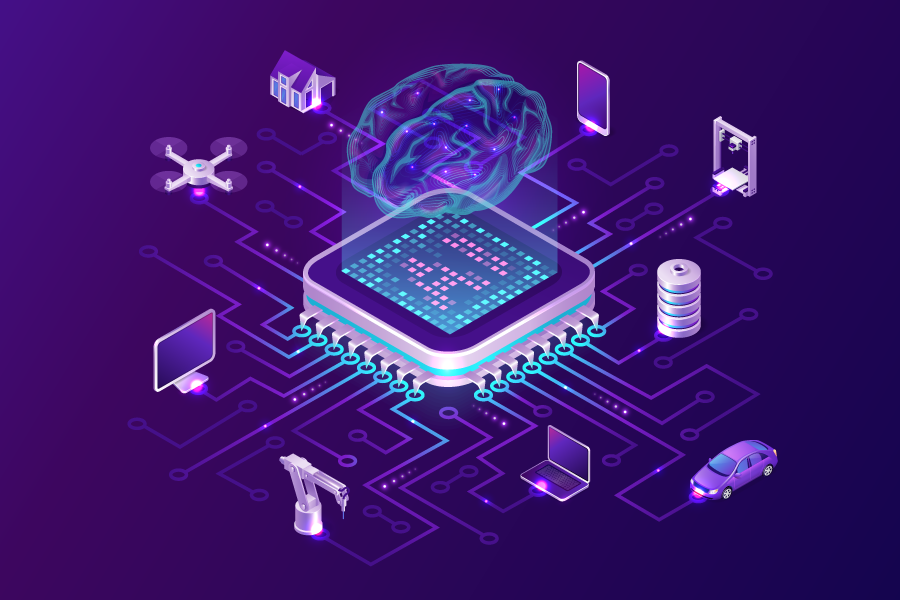 As we enter a new age for electronics powered by 5G and eventually 6G networks, the MIT Materials Research Laboratory and Ericsson are collaborating on two research projects that seek to help build a new network infrastructure needed to empower the truly revolutionary use cases the next generation of mobile networks will bring.  Read More

It is my great pleasure to announce the winner of the 2019 Electron Devices Society George E. Smith Award given to a letter published in the IEEE ELECTRON DEVICE LETTERS(EDL) in 2019.

The letter was published in the January 2019 issue of EDL.The selection was made by vote of EDL’s Editors.

A new way of making large sheets of high-quality, atomically thin graphene could lead to ultra-lightweight, flexible solar cells, and to new classes of light-emitting devices and other thin-film electronics.

The new manufacturing process, which was developed at MIT and should be relatively easy to scale up for industrial production, involves an intermediate “buffer” layer of material that is key to the technique’s success. The buffer allows the ultrathin graphene sheet, less than a nanometer (billionth of a meter) thick, to be easily lifted off from its substrate, allowing for rapid roll-to-roll manufacturing. Read more

Getting Ready for GaN CMOS

THE POWER ELECTRONIC CIRCUIT looks set to play an ever-increasing role in all our lives. It is needed in data centres, electric vehicles, cloud computing, and the internet of things.

Often, the performance of this type of circuit is far from ideal. Efficiency is below where it could be, and the circuit takes up much space, due to the use of bulky passive components, such as large inductors and capacitors. What’s needed is to move to more efficient transistors that switch at faster speed. Do this and many benefits result – as well as trimming the electrical losses associated with this device, a higher switching frequency allows the use of smaller passive components that shrink the size and weight of the circuit.  Read More

Researchers imagine devices without cords or batteries (US Army)

ADELPHI, Md. — Imagine if you could wrap a small, thin piece of transparent material around any surface and it would charge electronic devices such as your phone or laptop. Thanks to Army researchers, this idea could be a reality for future warfighters in combat.

A team led by Professor Tomás Palacios at the Massachusetts Institute of Technology and Dr. Madan Dubey, a research physical scientist at the U.S. Army Combat Capabilities Development Command’s Army Research Laboratory, conducted game-changing study describing an antenna that can absorb Wi-Fi, Bluetooth and cellular signals and efficiently turn it into usable electrical energy. Their work is published in the high-impact journal Nature.  Read More

The Superpowers of Super-Thin Materials (featured in NY Times)

In recent years, internet-connected devices have colonized a range of new frontiers — wrists, refrigerators, doorbells, cars. But to some researchers, the spread of the “internet of things” has not gone nearly far enough.

“What if we were able to embed electronics in absolutely everything,” Tomás Palacios, an electrical engineer at the Massachusetts Institute of Technology, said recently. “What if we did energy harvesting from solar cells inside highways, and had strain sensors embedded in tunnels and bridges to monitor the concrete? What if we could look outside and get the weather forecast in the window? Or bring electronics to my jacket to monitor my health?” Read more

Smoothing out the wrinkles in graphene (MIT News)

To protect graphene from performance-impairing wrinkles and contaminants that mar its surface during device fabrication, MIT researchers have turned to an everyday material: wax.

Graphene is an atom-thin material that holds promise for making next-generation electronics. Researchers are exploring possibilities for using the exotic material in circuits for flexible electronics and quantum computers, and in a variety of other devices.

But removing the fragile material from the substrate it’s grown on and transferring it to a new substrate is particularly challenging. Traditional methods encase the graphene in a polymer that protects against breakage but also introduces defects and particles onto graphene’s surface. These interrupt electrical flow and stifle performance.  Read more

In a paper published in PNAS, researchers from MIT and elsewhere describe a technique that streamlines the fabrication process, by growing a 2-D material directly onto a patterned substrate and recycling the circuit patterns.

The researchers carefully grow a single layer of molybdenum disulfide (MoS2), which is just three atoms thick, onto a growth substrate in a chosen pattern. This approach differs from traditional techniques that grow and etch away a material iteratively, over multiple layers. Those processes take a while and increase the chances of causing surface defects that may hinder the performance of the material.

We have all been there. In a rush to leave the house we grab our phones and head out the door, realizing all too late that the battery is dead because we forgot to plug it into the tablecloth.

Or perhaps we have not. But this could be the future that scientists hope to usher in with electronic sheets that charge our mobile phones, laptops and other gadgets by harvesting energy from the world around us.

In a step in that direction, scientists at Massachusetts Institute of Technology (MIT) have created super-thin, bendy materials that absorb wireless internet and other electromagnetic waves in the air and turn them into electricity.

The lead researcher, Tomás Palacios, said the breakthrough paved the way for energy-harvesting covers ranging from tablecloths to giant wrappers for buildings that extract energy from the environment to power sensors and other electronics. Details have been published in the journal Nature.  Read More

Imagine a world where smartphones, laptops, wearables, and other electronics are powered without batteries. Researchers from MIT and elsewhere have taken a step in that direction, with the first fully flexible device that can convert energy from Wi-Fi signals into electricity that could power electronics.

Devices that convert AC electromagnetic waves into DC electricity are known as “rectennas.” The researchers demonstrate a new kind of rectenna, described in a study appearing in Nature today, that uses a flexible radio-frequency (RF) antenna that captures electromagnetic waves — including those carrying Wi-Fi — as AC waveforms. Read more here